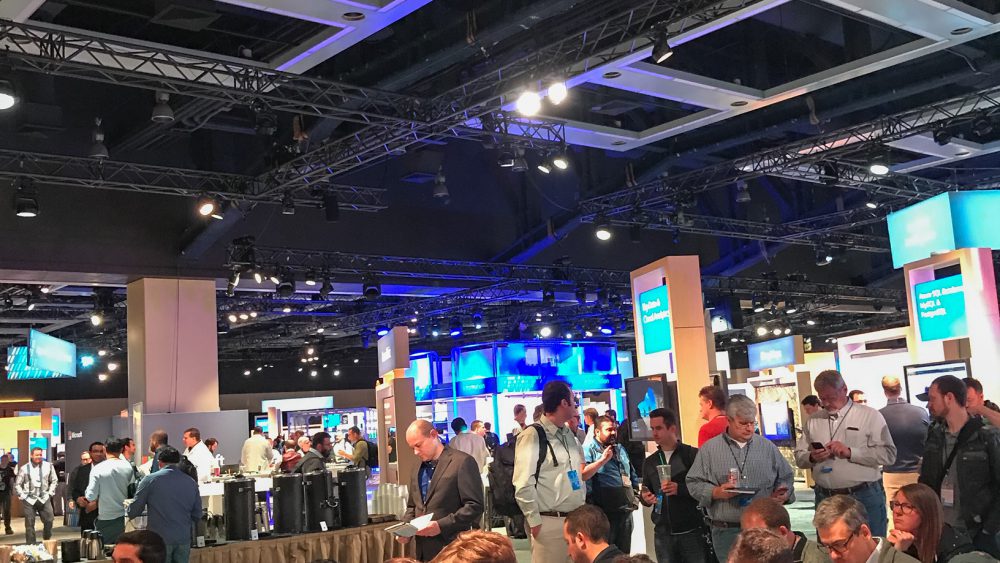 Day three of Microsoft Build 2017 did not have a keynote, but that doesn’t mean it ends without content to fill the day. Today will be focused on sessions, “The Hub”, and catching some of the Channel 9 Live production happening right here at the conference. Here’s a recap of the day.

The session I attended today continued to focus on containers, serverless architecture, and the new features coming to both C# and .NET. 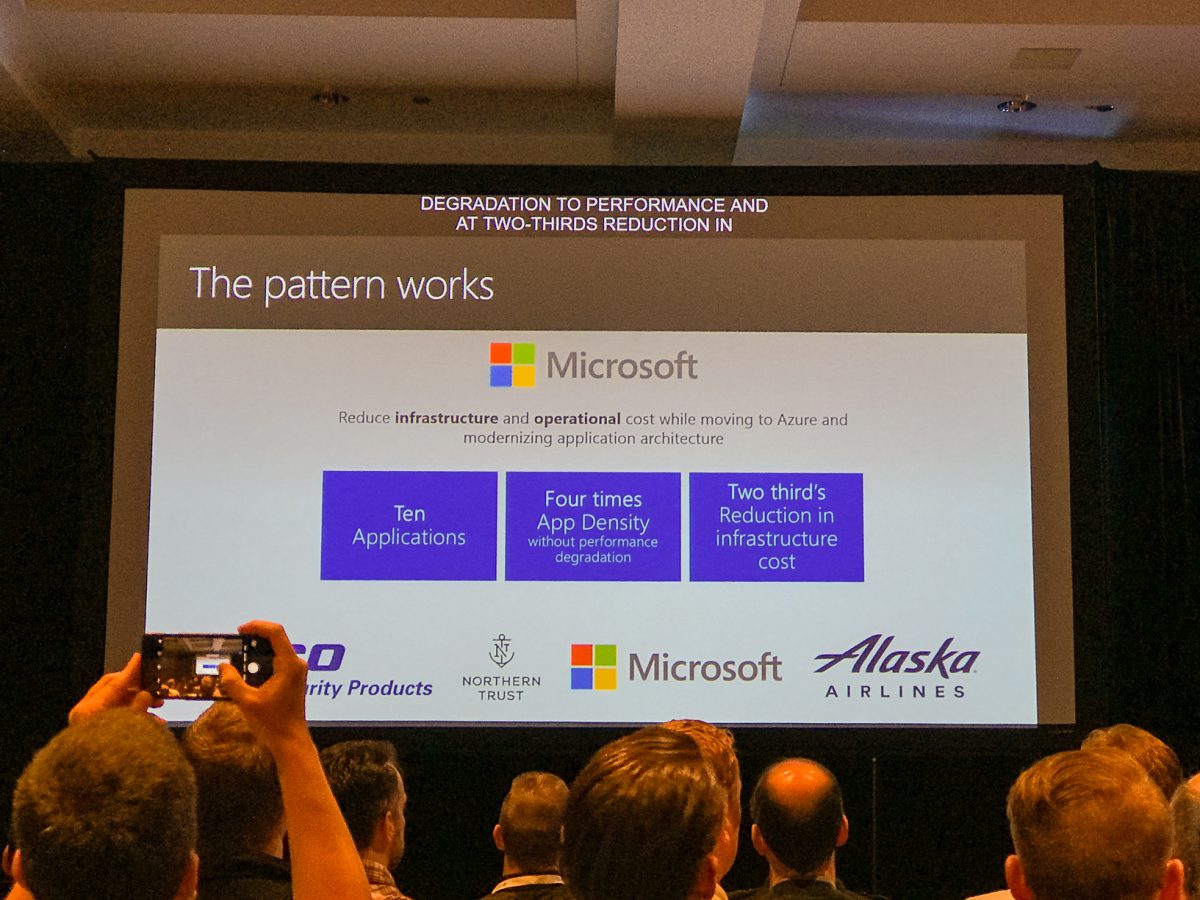 Just because we have legacy applications doesn’t mean we are stuck completely in the past; the Windows Server team is working hard to give as many options as possible to help modernize our application’s underlying infrastructure. This session covered the Windows Core and Windows Nano container images, the latter of which will be coming later this year; these images will help create .NET applications that can run in a container-friendly environment such as Service Fabric or in Hyper-V right within Windows Server.

Additionally, new Hyper-V technology will be coming to allow Linux to be properly containerized on Windows Server and Windows 10. This will allow for a mix and match scenario of Linux and Windows containers all running on Windows server. The possibilities to upgrade our legacy applications into modern infrastructure is becoming easier and more affordable year-over-year.

A Day in the Life of an Azure Serverless Developer 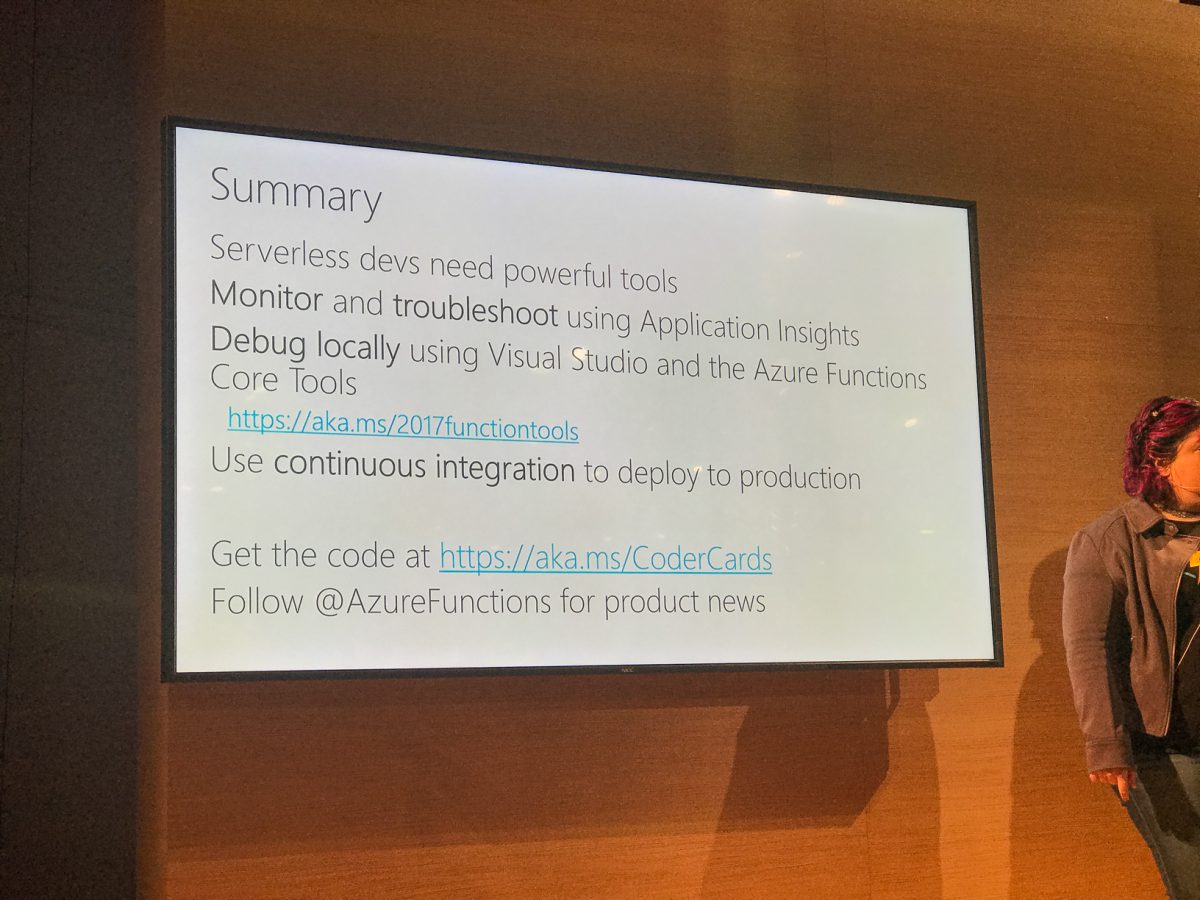 There are two buzzwords I’ve heard in almost every session: containers and serverless. Both of these concepts have the potential to totally shake up the way we think about developing, deploying, and managing our applications. This session demonstrated the flexibility that a serverless workflow can offer a developer: finding a bug in production, fixing and testing it locally, deploying to a staging environment, and finally pushing the fix to production, all in a serverless scenario with a CI/CD pipeline. These concepts are very exciting, and I really look forward to using and implementing these ideas in projects.

The Future of C# 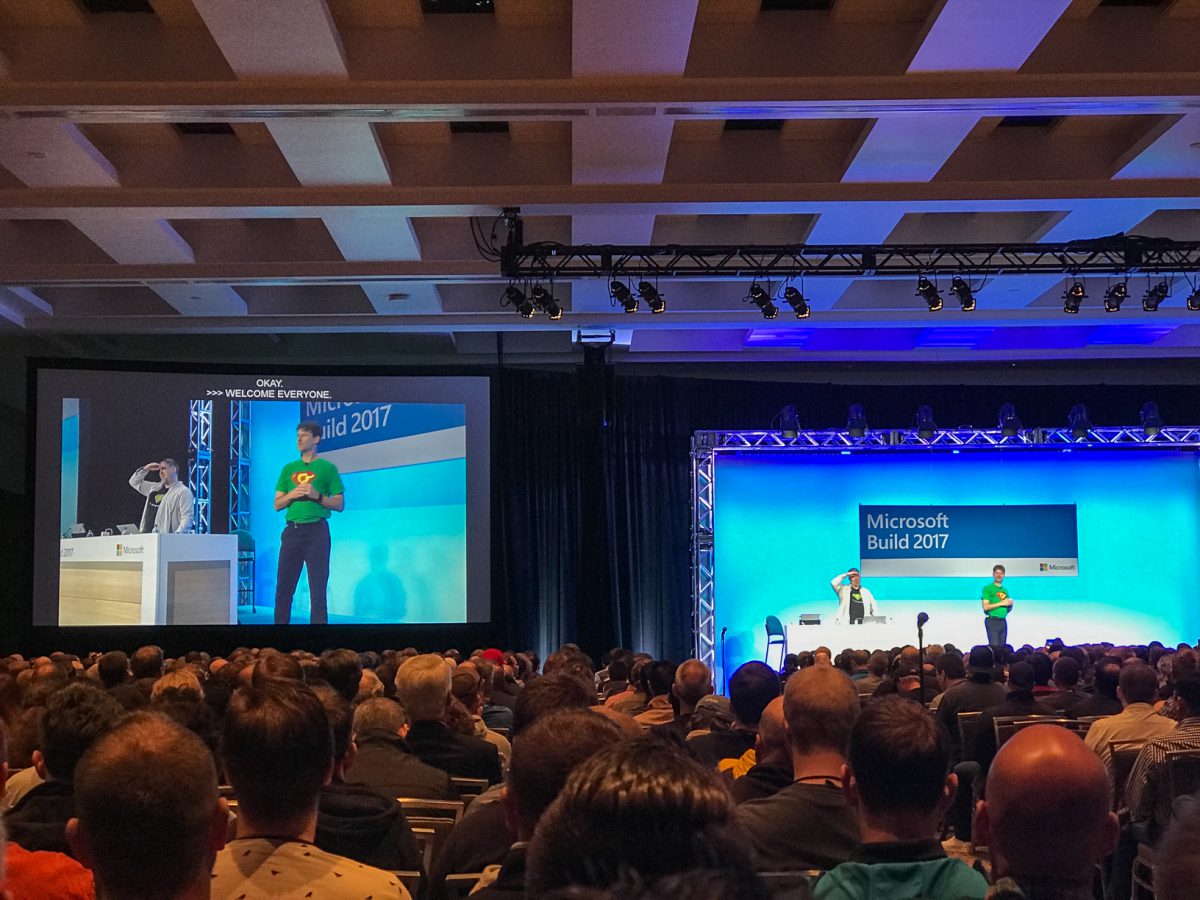 C# is a constantly growing and developing language. It’s one of the top most popular and loved languages, as cited by a last year’s Stack Overflow developer survey. In this session, we discussed the new features coming to C# 7.1 (which speaking of, point releases will be a new concept going forward as well). This includes some improvements to the new tuple method returns, pattern matching, and more. 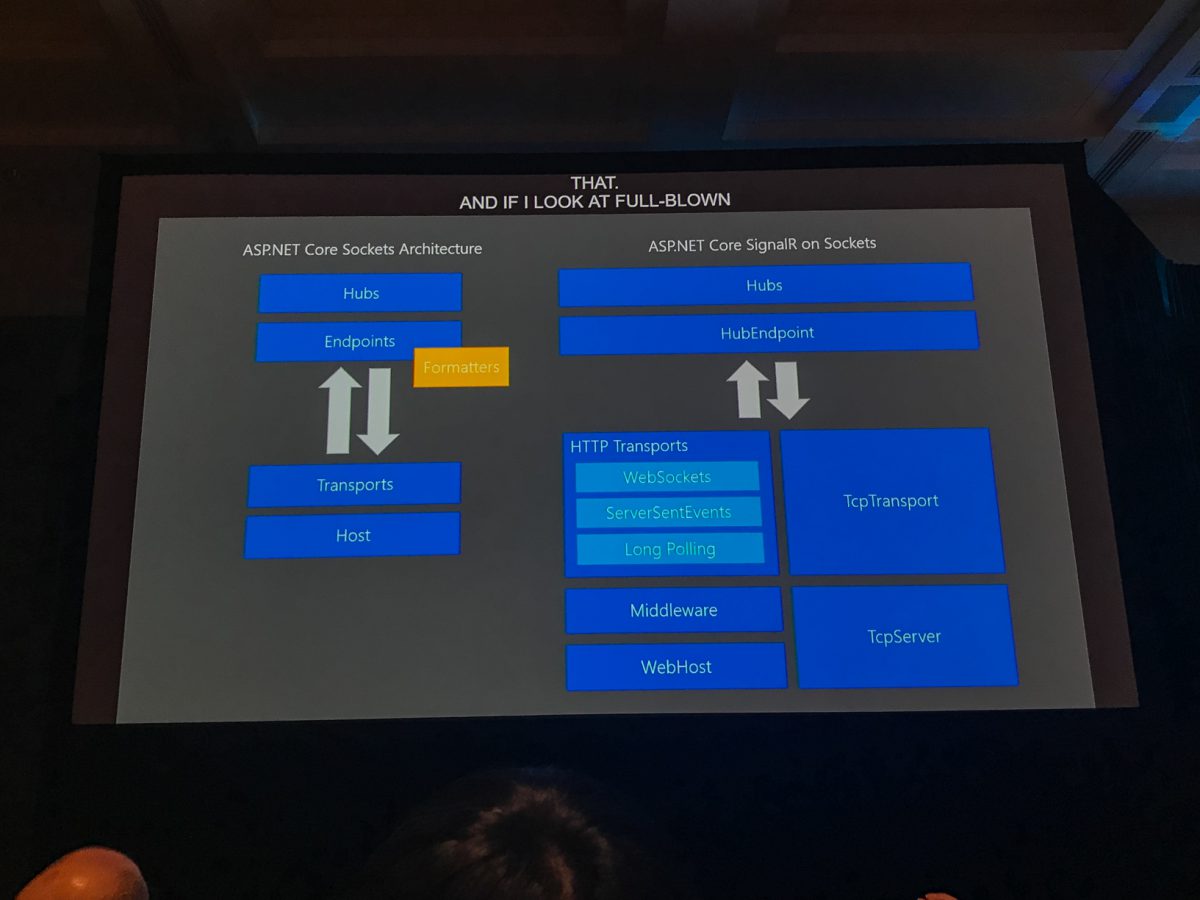 As someone who followed the progress of SignalR on .NET Core just to watch it get dropped back in the initial release, it was a relief to hear that substantial progress is being made. While the current version that runs with ASP.NET Core 1.x is now deprecated (though, technically usable to some degree), the SignalR team has taken this delay as an opportunity to completely rewrite the underlying architecture. I’m excited to see how flexible and powerful SignalR becomes, especially in the area of being able to scale to very large domains. 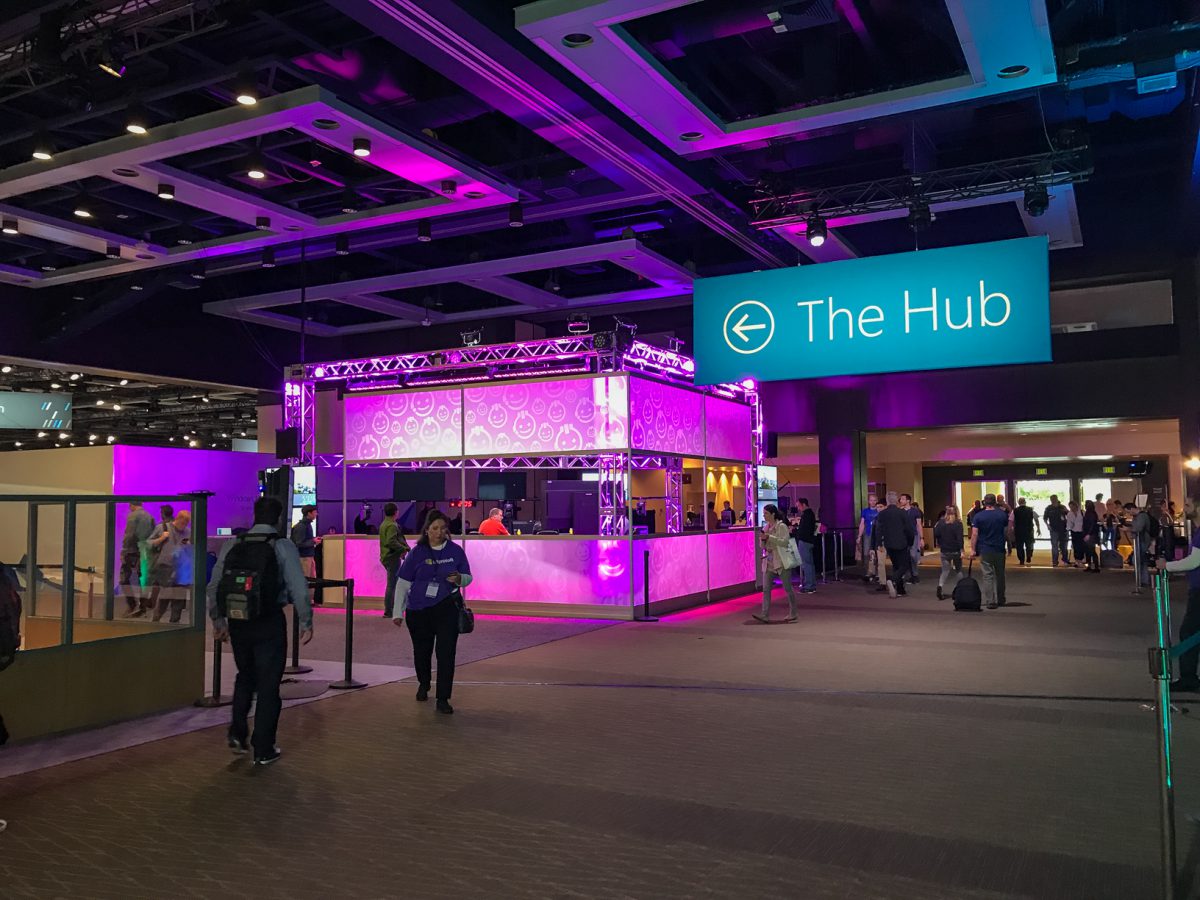 The Hub is the place to be if you want to talk to Microsoft’s product teams and engineers. It’s an open floor of information, discussion, and quick-and-direct access to the teams that build the services you use every day.

I was able to have excellent discussions with the Cosmos DB team in addition to other Azure services. I was also able to chat with some of the Visual Studio team members and give feedback on some of the new 2017 features. It’s hard to pass up an opportunity like this, and I’m thankful that Microsoft is so open to these discussions. 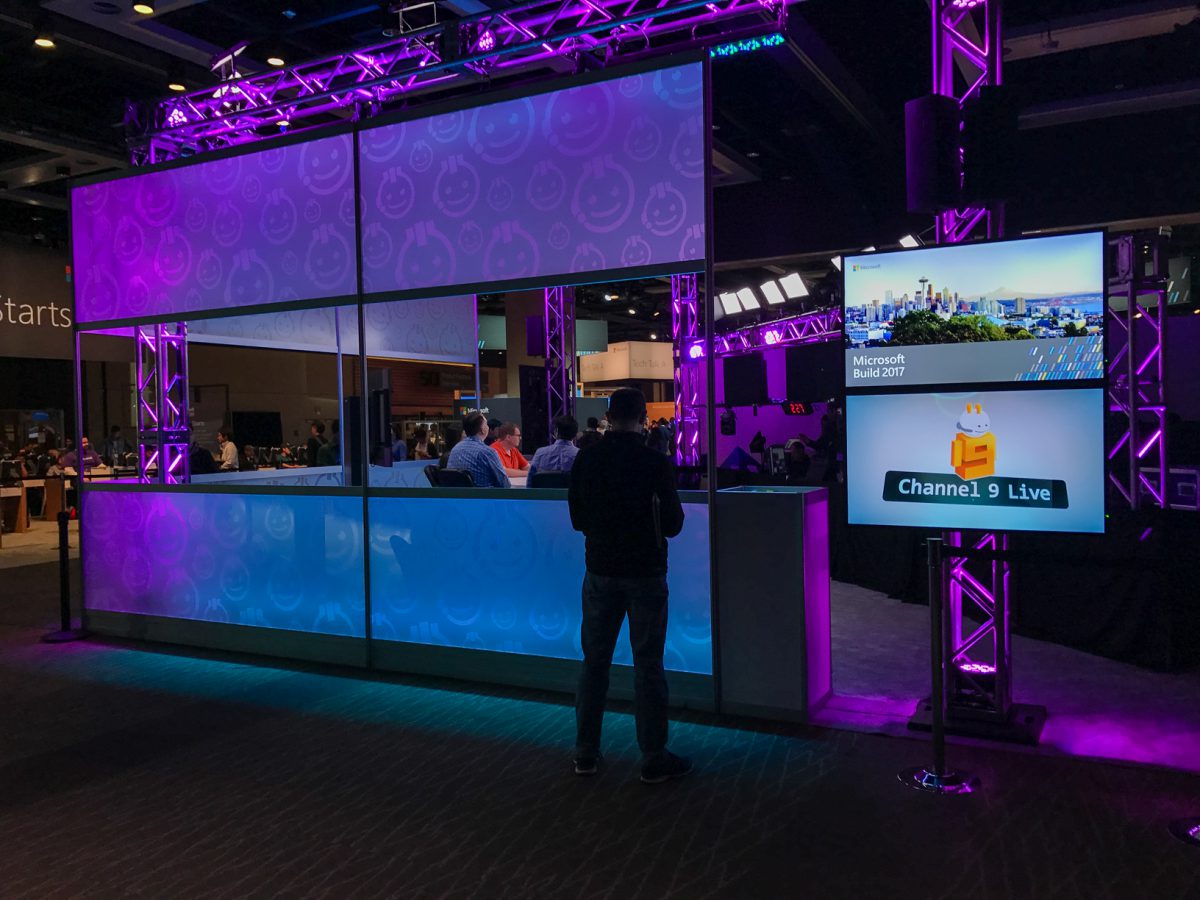 As part of the conference, Microsoft builds a TV studio right in the conference center. Channel 9 then records interviews and Q&A sessions with conference speakers and other community representatives. It’s fun to stand on the sidelines and watch these interviews in person, then to go and see them later on the Channel 9 website.

If you weren’t able to make it to Build this year, or if you want to catch a session that you missed, be sure to check out the Build 2017 stream on Channel 9.

Final Remarks and Closing the Conference

This conference was amazing! I’m so thankful that I was able to attend and experience the largest Microsoft tech conference of the year. It was a valuable learning and networking opportunity, and I will definitely be able to put these new skills and connections to use. Thank you Microsoft for putting on an amazing event!