For those of you that may have seen one of my latest tweets, you'll know that I was drastically over-charged for my last electric bill. Well, here's an update on the story.

This is the bill I received last week: 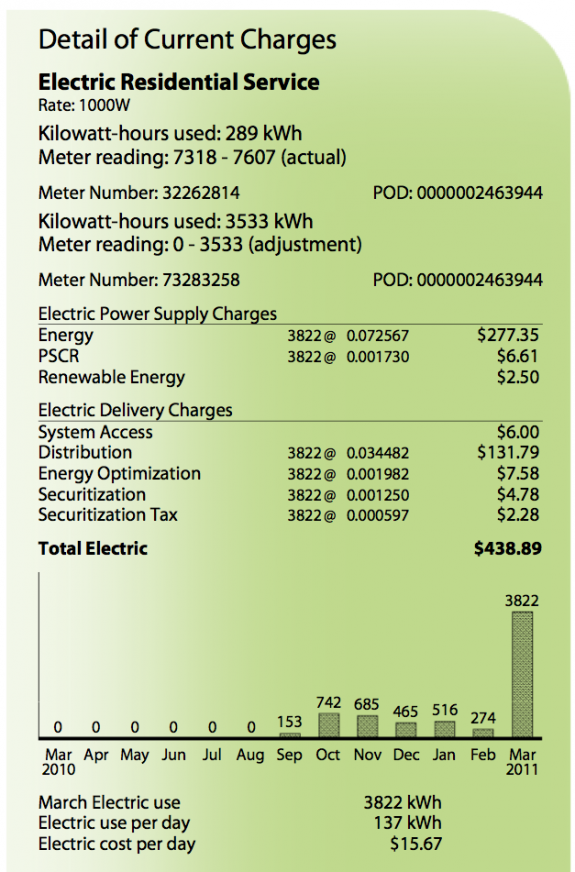 March looks a little out-of-place, doesn't it? After speaking with Consumers Energy about this, it looks like the issue came from a new meter. We recently had our meter replaced, and for whatever reason, they took the remainder of that last meter, some 3,500 kWh to go, and added it to our account as an adjustment.

The lady I spoke with originally said that she would get this corrected, and not to worry. However, yesterday I saw the charge come through on my credit card:

To be sure that this wasn't going to be applied, I called Consumers again. After speaking with two representatives, they assured me that the billing department was aware of this issue, and they would be correcting it within the next few days. So, hopefully this gets resolved.

A few things to learn from this: