A Sick Weekend with the Nintendo Switch

No, that title isn't throwing back to 90's slang; last week I started to come down with a pretty rough cold. Luckily, it didn't come into full swing until after I picked up my Nintendo Switch pre-order. This gave me the unique opportunity to experience the Switch as both a home console and a portable device. Here is my first weekend review of the Nintendo Switch.

The Pre-Order Process and Pick Up

I did not realize that after the Nintendo Switch event was the official pre-order kick-off, so I actually missed the first batch of online pre-orders. Thankfully, my local Walmart still had a few in-store pre-orders available when I checked a few days after the announcement event. After getting my pre-order fully paid for and receipt in-hand, it was just a matter of waiting.

Last Thursday night I went to pick up the long awaited gadget. Walmart had small, but cute, launch party:

Those are cupcakes in the middle shaped like the Switch with red-and-blue joycon (still not sure I like that being the plural).

I arrive at 11:40 PM or so, so I hung out with the handful of other pre-order and midnight release crew speculating on the awesome experience we were all about to have. When midnight hit, it was a quick pickup process to get my Switch, and I added in the special edition of The Legend of Zelda: Breath of the Wild (I previously had it pre-ordered at Walmart.com, but it wouldn't have been available until Friday evening). 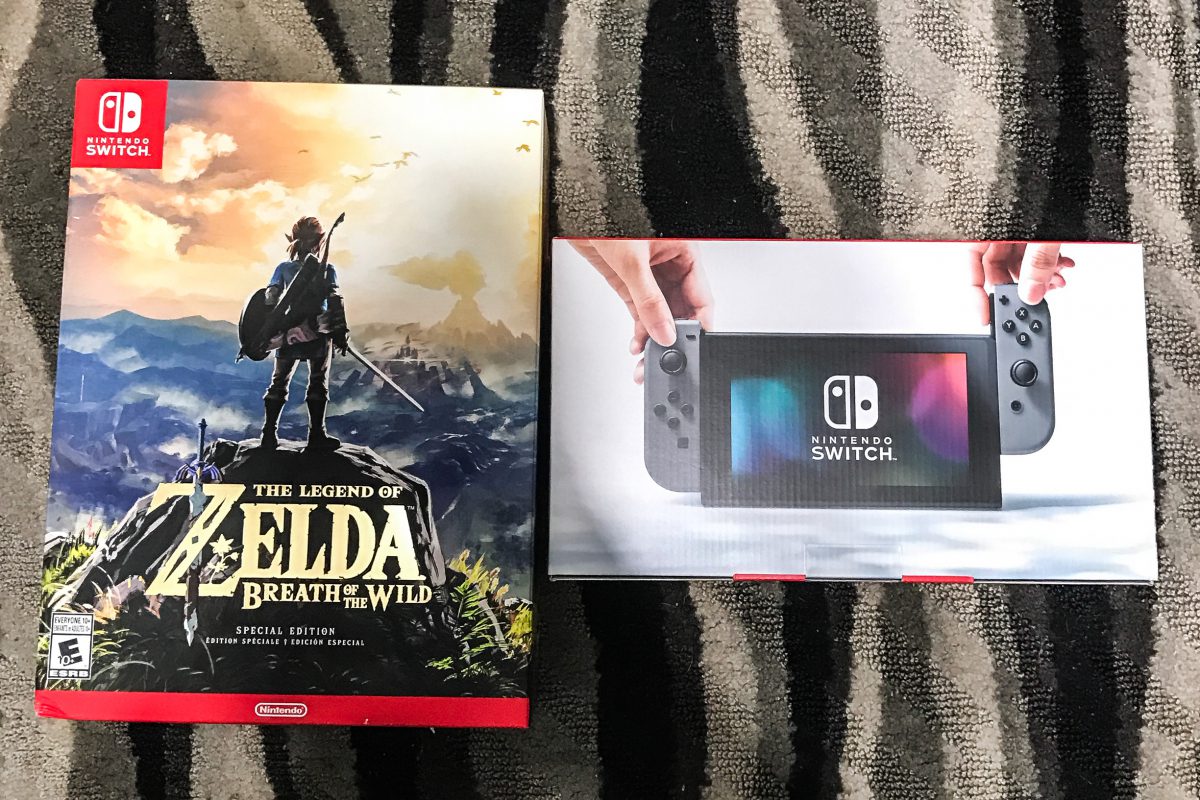 I did not take any photos or videos of the unboxing process, but feel free to watch Nintendo's (somewhat-odd) unboxing video.

Setup was a breeze. I spent maybe 20 minutes configuring, adding users, and making other adjustments to the Switch. The UI is simple and easy to use (and I love all the sounds!). My only complaint in the process is that there was only enough battery to get the initial configuration done, then I had to dock so the console and controllers could charge.

Down with the Sickness

After I finished setup in the wee hours of Friday morning, I anticipated a day of work and then kicking the weekend off playing Zelda. But after a couple hours of work, I knew I wouldn't make it the rest of the day.

I clocked out of work, and went straight back to bed. Hey, what a great opportunity to try out the handheld mode of the Switch! 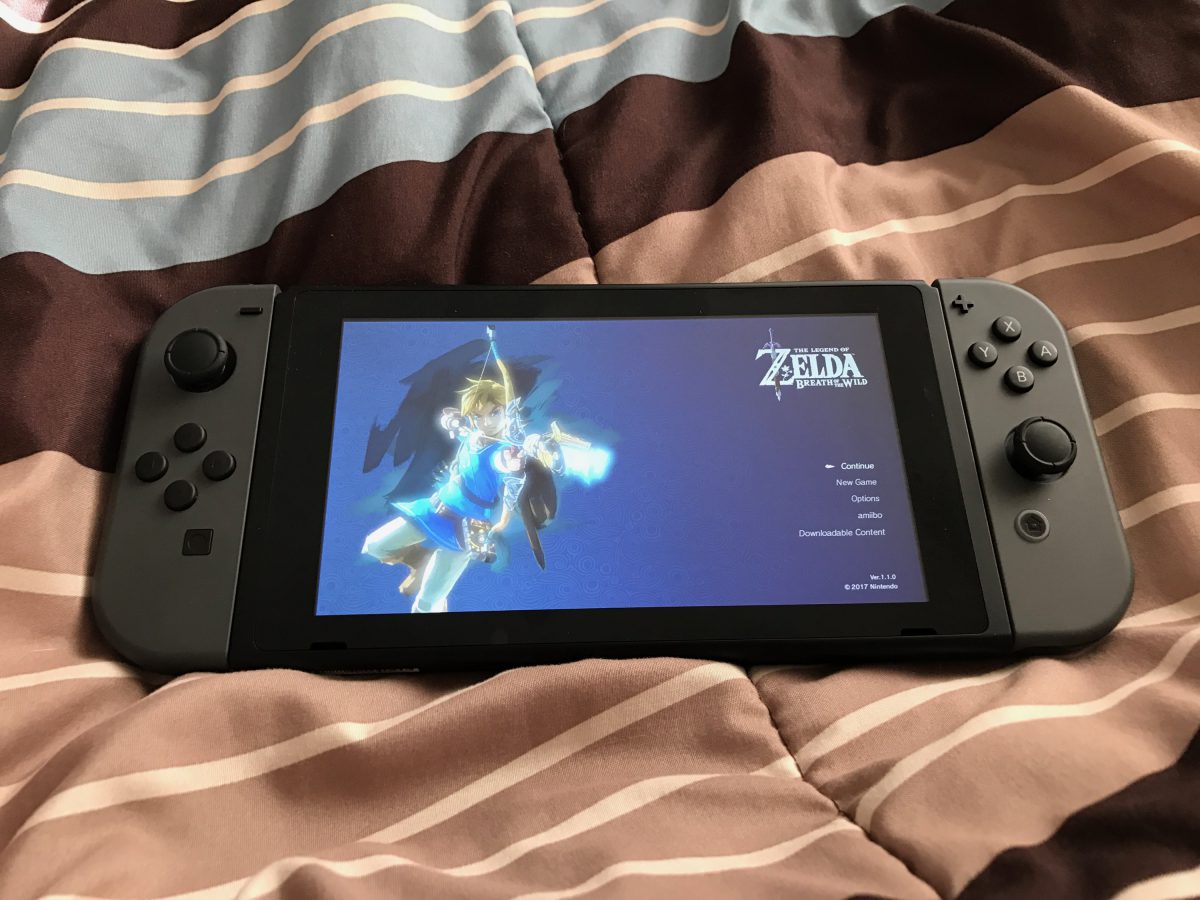 For the rest of the weekend it was basically an on-and-off battle between sleeping and getting my Zelda time in. Honestly, I think this gave me the best experience of the versatility of the Switch. From the handheld mode to the docked console (where I was trying to breath while laying on the couch), the Switch was my weekend companion.

Another awesome feature, considering I was going through rounds of getting drowsy from the various cold medications, is how quick and easy it is to put the Switch into sleep mode. It perfectly pauses my game progress and saves battery.

After the cold passed and I made it back to work, I brought the Switch into the home office to use on my breaks. Here's an example of having it setup during a lunch break: 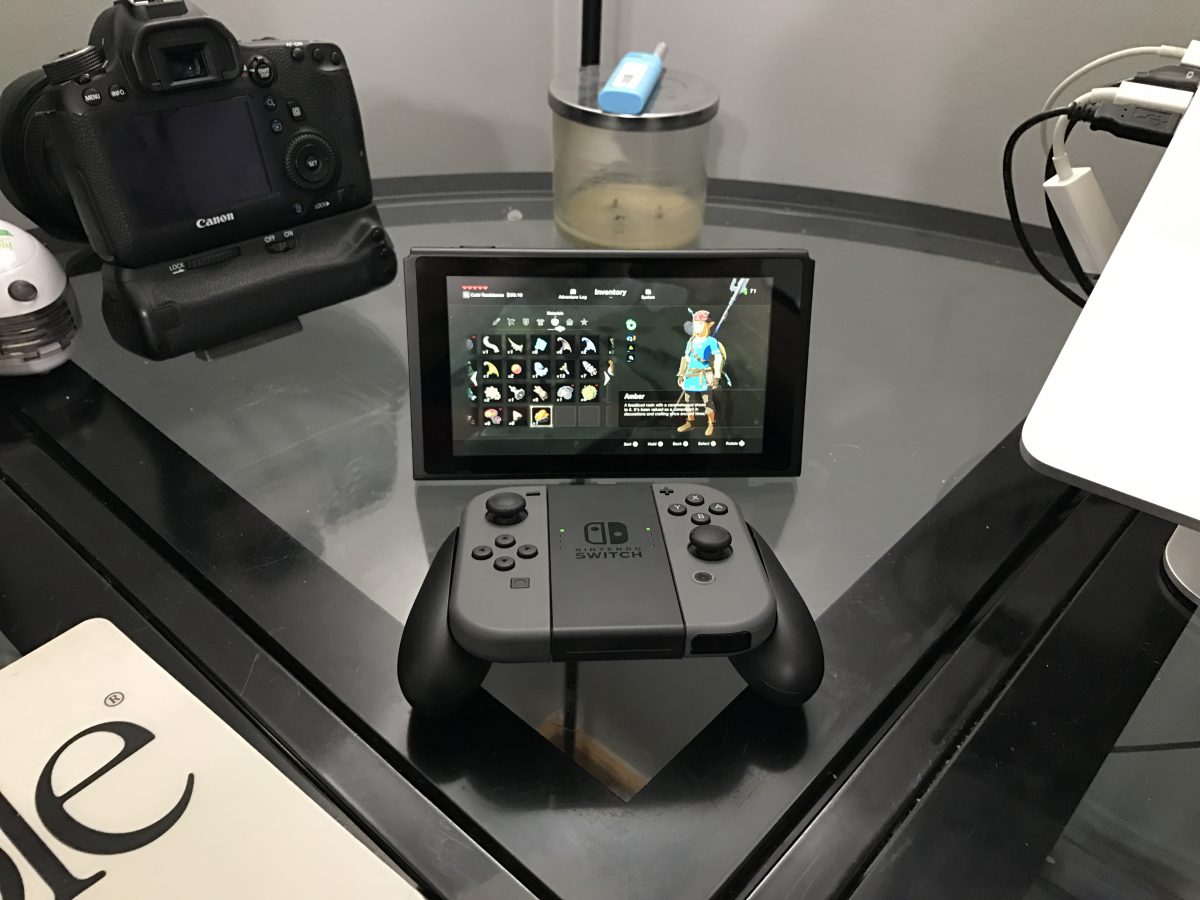 I am seriously impressed at how this versatility fits so well into the casual gamer's lifestyle. It's hard for me to sit and play a game for 8+ hours on end, so being able to pause and change form factors works out very well for me.

While this was in no way meant to be an all-inclusive review (check out IGN or the numerous other sites that have reviews), I definitely wanted to capture my thoughts for the casual gamer. One feature I haven't tried yet, mostly due to the lacking number of games at the moment, is some of the multiplayer experience. I'm very much looking forward to next month when MarioKart is released; the local WiFi multiplayer looks like it'll be a great experience.

I'd say so far the Switch has lived up to my personal expectations.