Last week I had the opportunity to attend THAT Conference at the Kalahari Resort in Wisconsin Dells, WI. I wanted to take a moment and just highlight a few things from the conference. 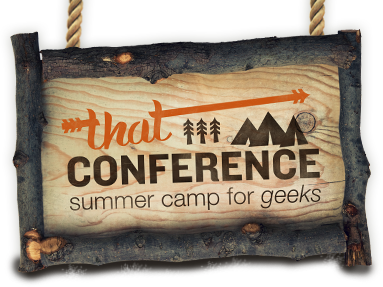 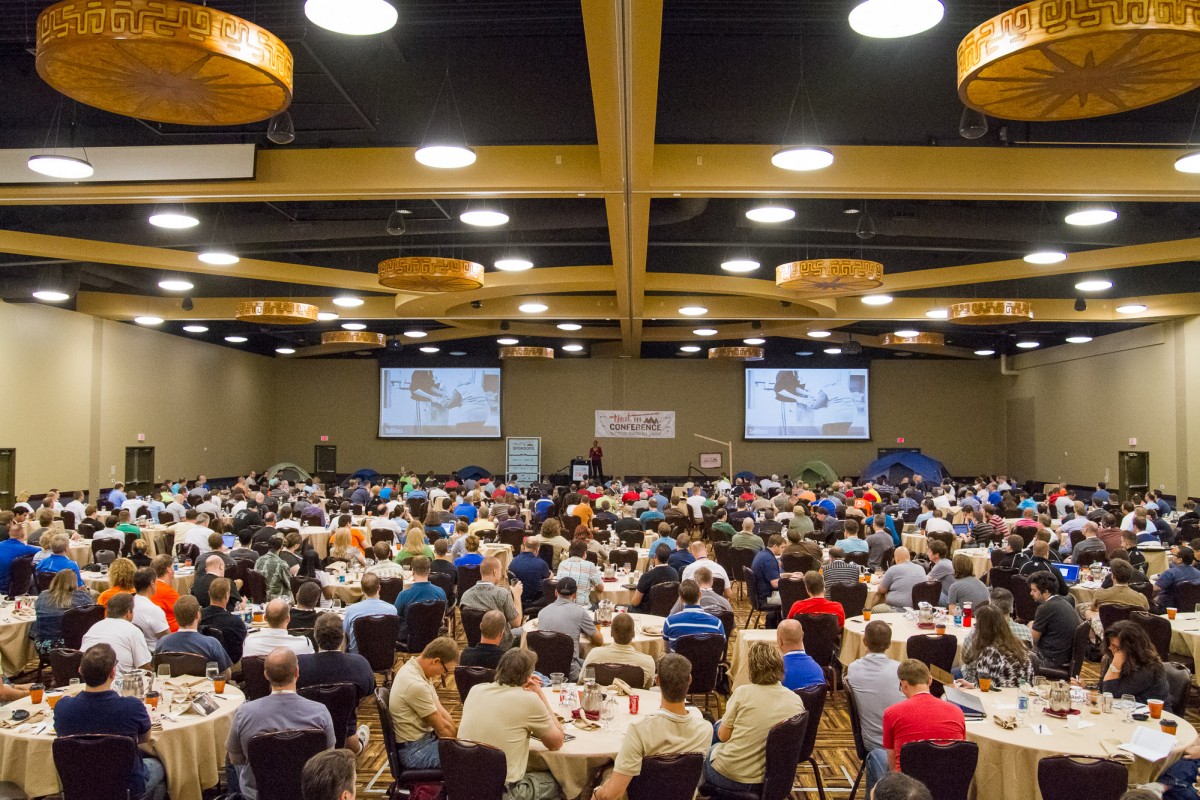 The keynotes were inspiring! There were three amazing speakers that were lined up across the three days of the conference: Dave Thomas, Denise Jacobs, and "Doc" Norton. I really enjoyed how each keynote built into the other over the course of the three days; all three spoke on a unifying theme of finding our inner creativity as developers, quit sabotaging ourselves for success, and to encourage others around us to achieve higher prospects.

One minor issue, however: lighting was pretty bad for the keynote speakers. The room as a whole was lit well, but the speakers were presenting in the shadows. My assumption is that this was done due to the projection screens being upfront, but spotlighting could be added and directed to the stage, allowing both the screens and the speakers to be visible. From there, house lights could be brought down to better direct focus. Granted, this is not the fault of the conference, but poor room design at the Kalahari. 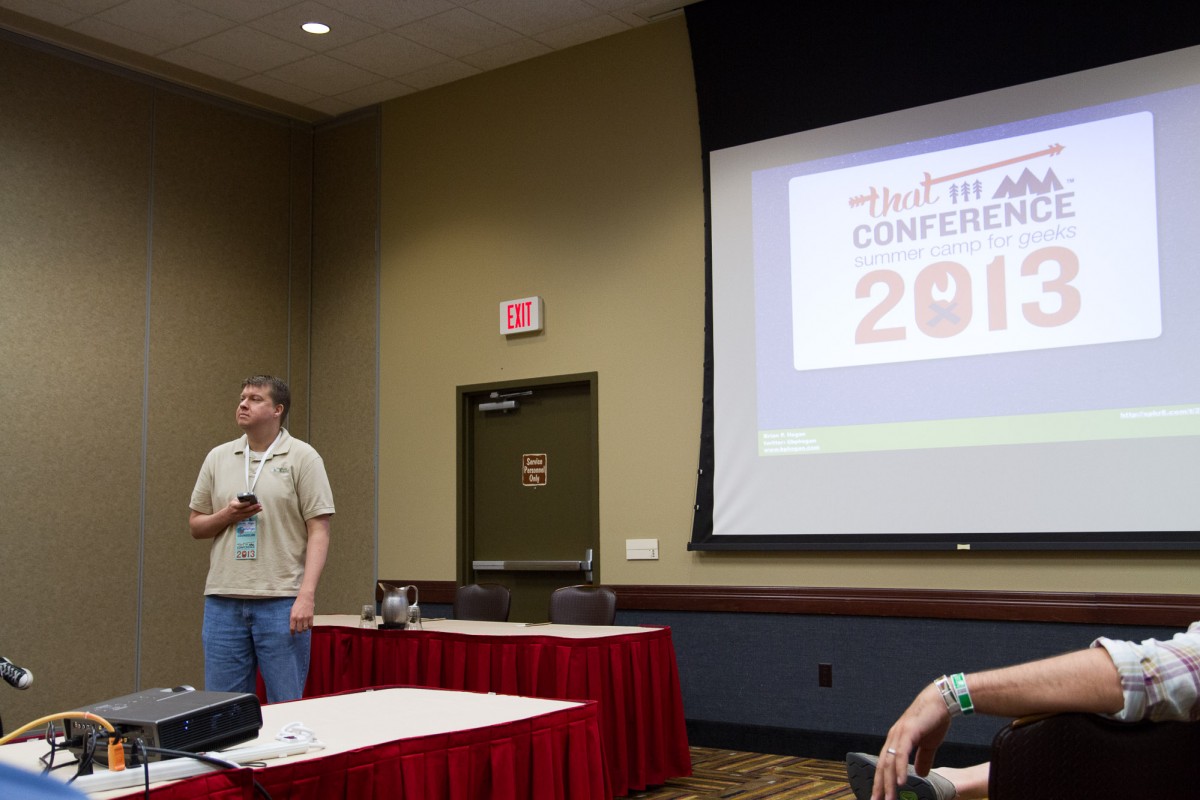 As with many of the conferences I've been to, the sessions were great. With midwestern conferences being on the smaller scale, sessions are generally limited to around 10 people, maxing out at 60 or so. This allows for a presentation to become conversational, providing valuable feedback to the attendees.

I attended sessions relating to Windows 8 (WinJS), JavaScript, and CoffeeScript, as well as an excellent session on writing style for app verbiage. The sessions were so encouraging, by day one I was already converting my personal projects to CoffeeScript (and getting better tests put together), as well as ironing out plans to get a Windows 8 app under development. 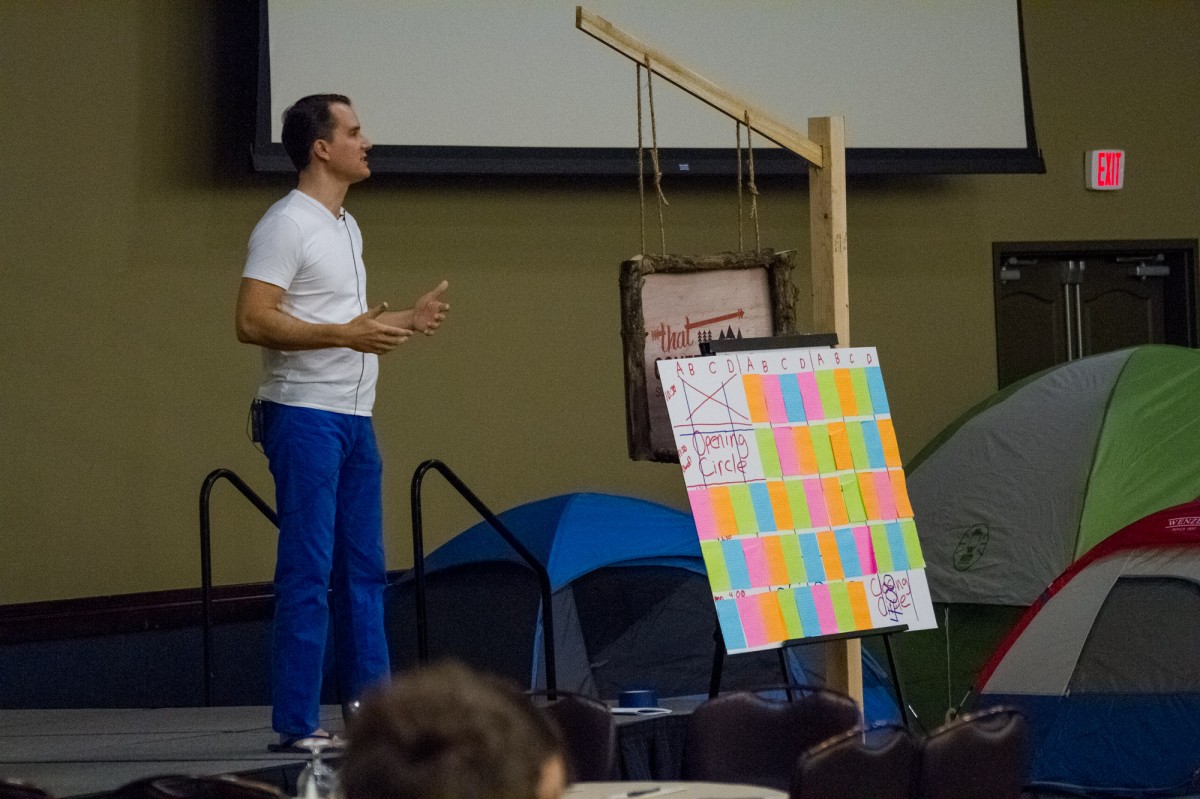 At THAT Conference, there's a concept called an "open space". Essentially, a room is provided where small groups of people can gather and create their own mini-sessions or discussion groups. I attended a few of them and found them extremely beneficial. It's great to be able to speak with other people in my profession and seeing a different perspective on problems (and solutions) that I've dealt with over the course of my career.

It's things like open spaces that can keep the conference dynamic fresh and continue to draw people to it every year. 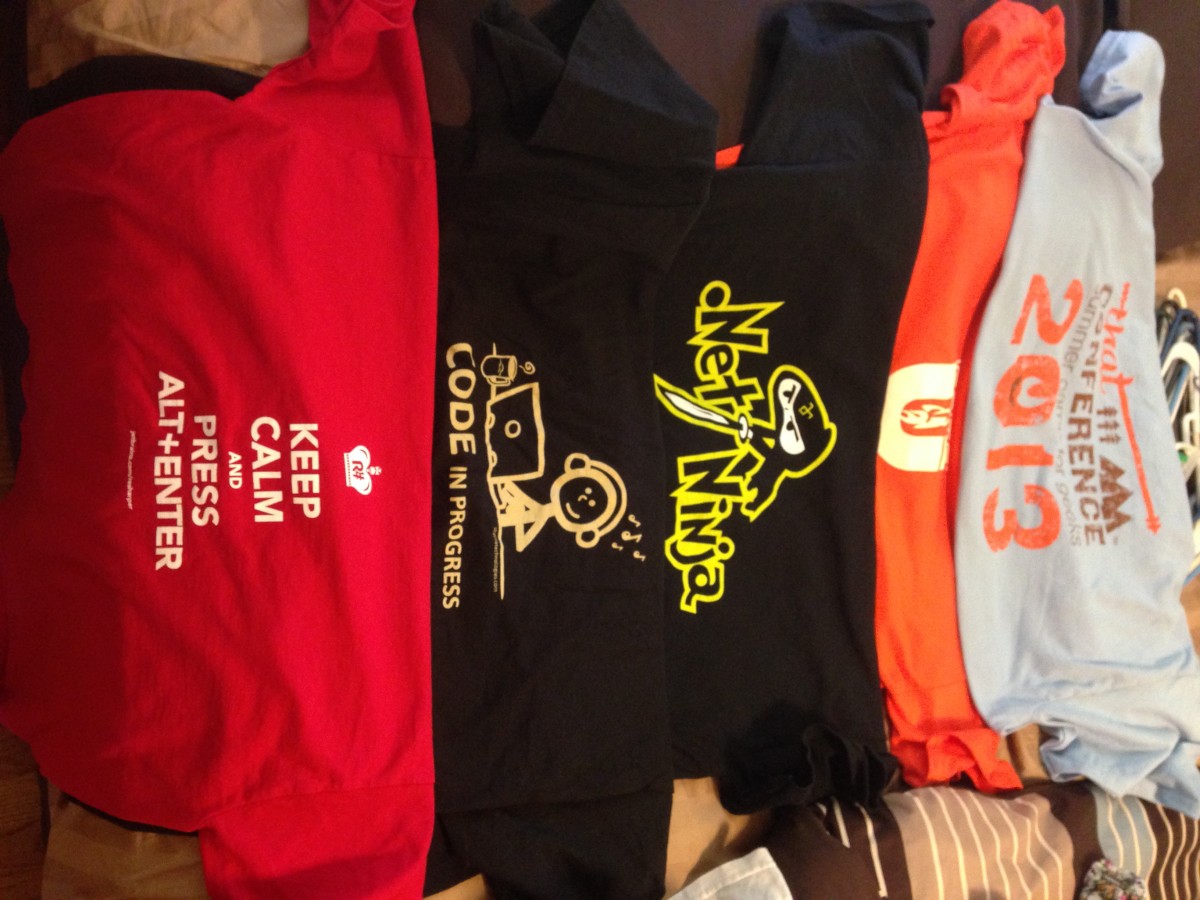 Of course there was SWAG! 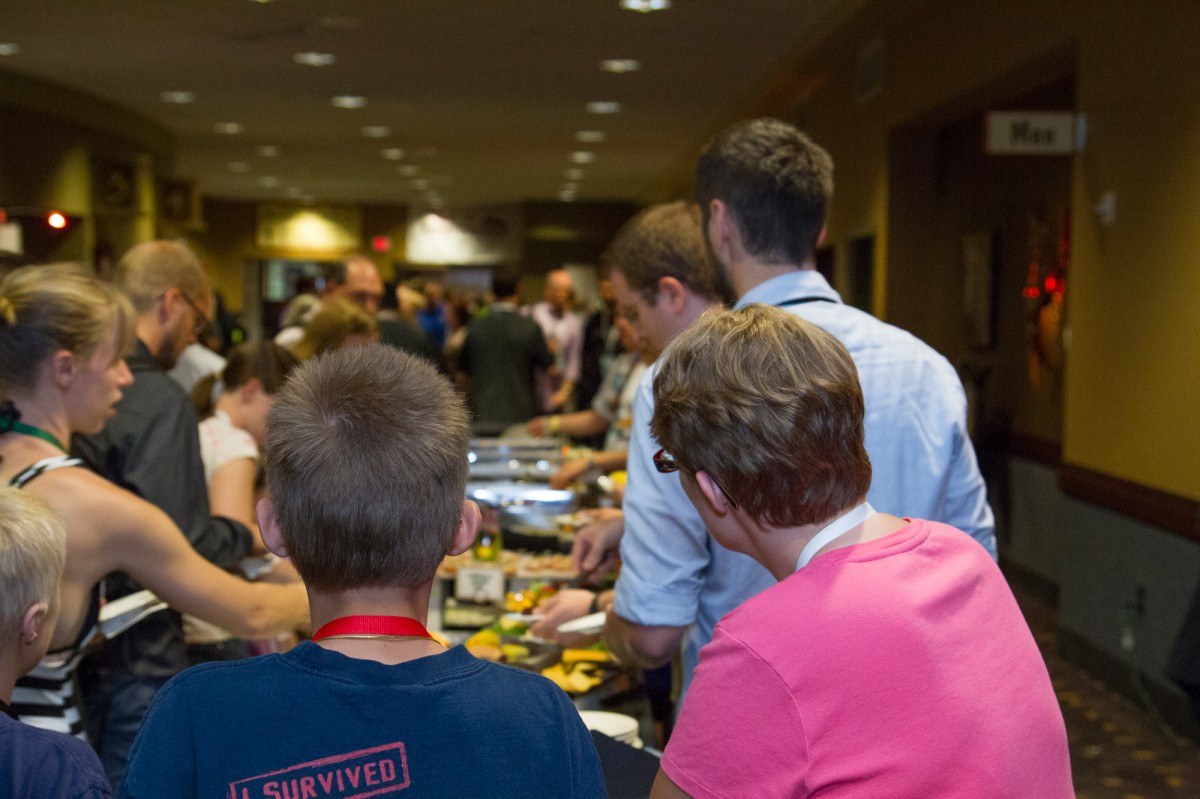 There were also some off-hour events, such as a happy hour and a pig roast. While a bit crowded due to families also being present, I felt these added yet another dynamic to the conference that was enjoyable and worthwhile. 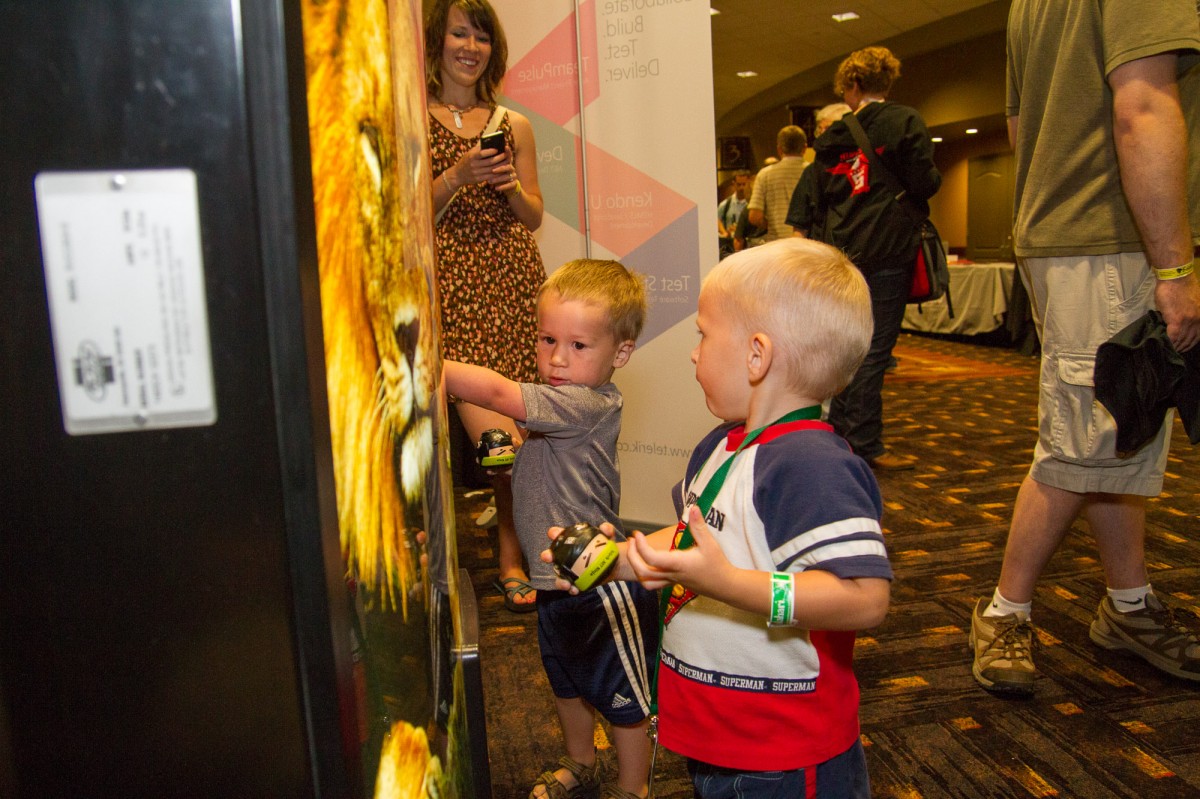 THAT Conference tried to make itself a "family friendly" event, and in some regards it was. There were special sessions planned throughout the conference where children of campers could attend. Additionally, family members were invited to the off-hour events, which was a nice bonus.

However, due to the overwhelming number of families, and the diversity present in those families (e.g. age ranges), I feel like my family was well outside the target demographic. Suggestion for future conferences: if family is going to be a part of it, add some level of organization to accommodate the various age ranges. This doesn't have to be to the scale of sessions for every age bracket, but it could be as simple as giving dedicated spaces for campers and spouses to take their children during the normal conference hour. Another potential option would be to provide (or simply promote) "outings" where campers' spouses could gather and do events as a group.

Not a lot to say except that the Kalahari is an awesome resort. Besides a perfect conference center, it also had an indoor waterpark, theme park, and small shopping areas.

Overall, it was a fantastic experience, and I look forward to attending next year. Besides the minor remarks I made, the conference felt like it was well executed and is an event I would recommend to anyone in my profession. Keep up the great work!

If you'd like to see more photos, you can checkout the full album at our photo site.