Apple, You're Too Good To Me

I had ordered a replacement Mighty Mouse last year to replace the one that came with my 2006 iMac C2D. Over the last few months the middle mouse button hasn't been working, which is really odd considering that the scroll ball was still fine. I called Apple a couple of months ago to see if they would be able to do a ship-and-replace on the mouse, but sadly were unable to do that since the mouse was purchased separately from a computer (apparently, that is an Apple Care service).

It wasn't a huge deal for me, I visit the nearest Apple Store on a semi-regular basis and would just bring it in when I had the chance. Well, this past weekend I was in Grand Rapids for Jafax (photos soon) with my mom and sister, and had to stop at the Apple Store to pickup my sister's Mac Mini (it was taken in for a fan replacement). I brought along my defective Mighty Mouse, hoping they would have a replacement in stock. After picking up the computer, I showed the Apple representative my mouse and explained the situation. He said he would go to the back and see if there were any Mighty Mice in stock.

A few minutes later, the rep came back and said that none were in; however, if I'd like to upgrade to the Magic Mouse, I could do that at no extra cost. Well, of course I said yes! So, five minutes later I'm out of the Apple Store with a brand new Magic Mouse. 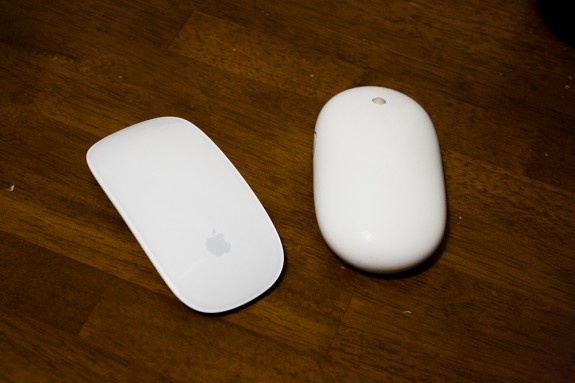 This is not the first time that Apple has hooked me up with a minor upgrade, but it is still definitely appreciated.

Side note: if you happen to have a Magic Mouse, you need to check out Magic Prefs. It adds a ton of additional features to Apple's stock driver (e.g. three and four button clicking, additional swipe commands, etc).