Recently my Doxie Go‘s battery has been… acting up; essentially, it won’t charge over USB anymore. I’ve had the scanner now for a few years, so it’s not terribly surprising that the internal battery may be starting to act up; however, I’ve been really pleased with the Doxie Go and didn’t want to replace it as my primary scanner.

Luckily, there is a port on the side to plug-in an external power supply (it does charge over USB normally, but there’s not enough power to charge the battery and scan at the same time). Since I was in a bit of a pinch to get some documents scanned, I popped over to my local Walmart and bought one of these: 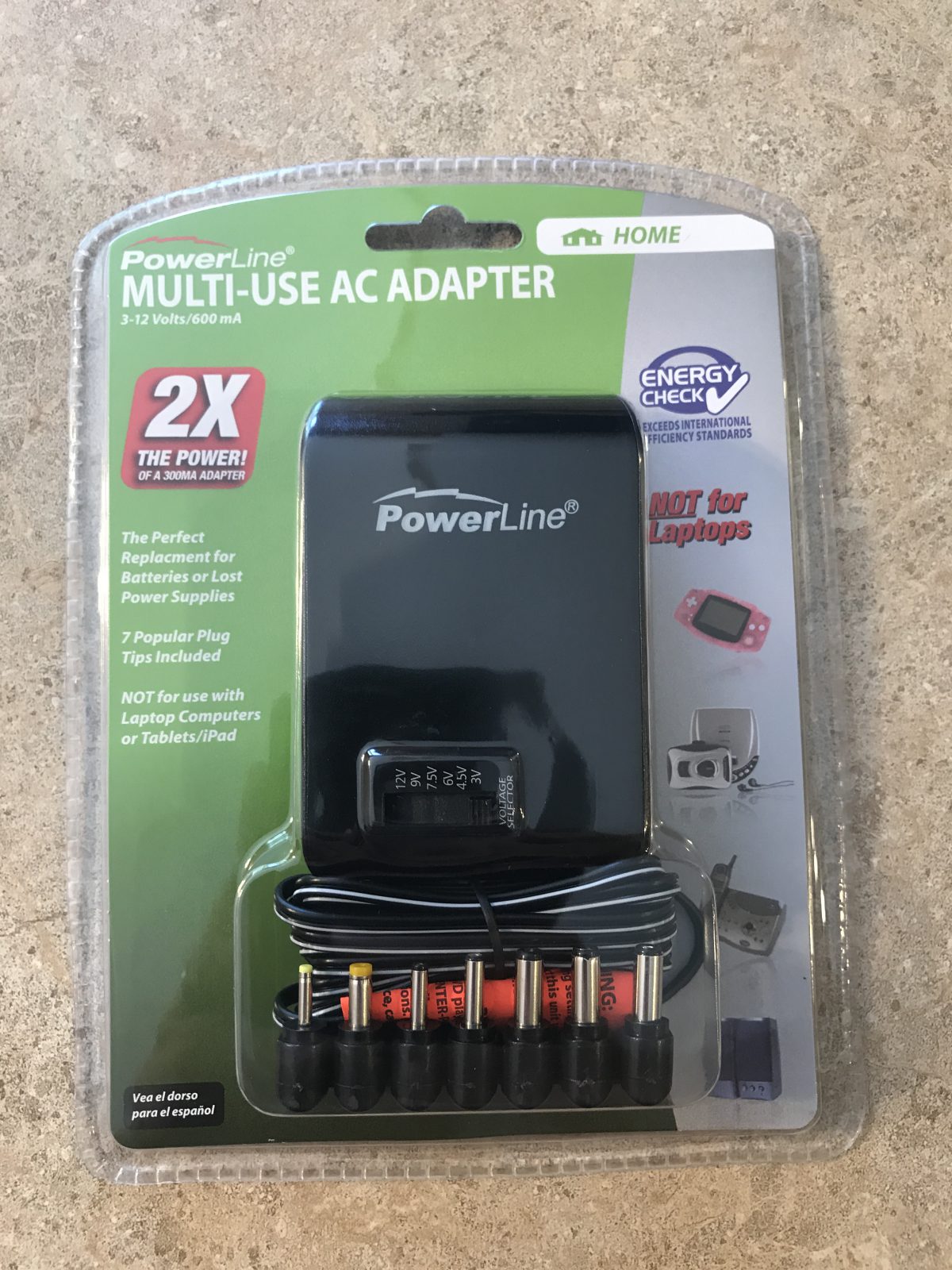 However, I wasn’t quite sure what power settings I needed. After some major digging, I found an Amazon review that lists the power output of the official Doxie Worldwide Power Adapter. If you need to do something similar, you need to set your AC adapter to an output of 6V DC @ 1.5amps with a center positive polarity. Hopefully this helps someone else!